For Onam 2022, we have Thiruvonam and the story of King Mahabali.

Onam 2022 Onam is a harvest festival that is celebrated in Kerala for 10 days. King Mahabali/triumphant Maveli’s return to his kingdom is being celebrated on this joyous occasion. Find out when, why, and how this joyous harvest holiday is celebrated, as well as its importance and history. 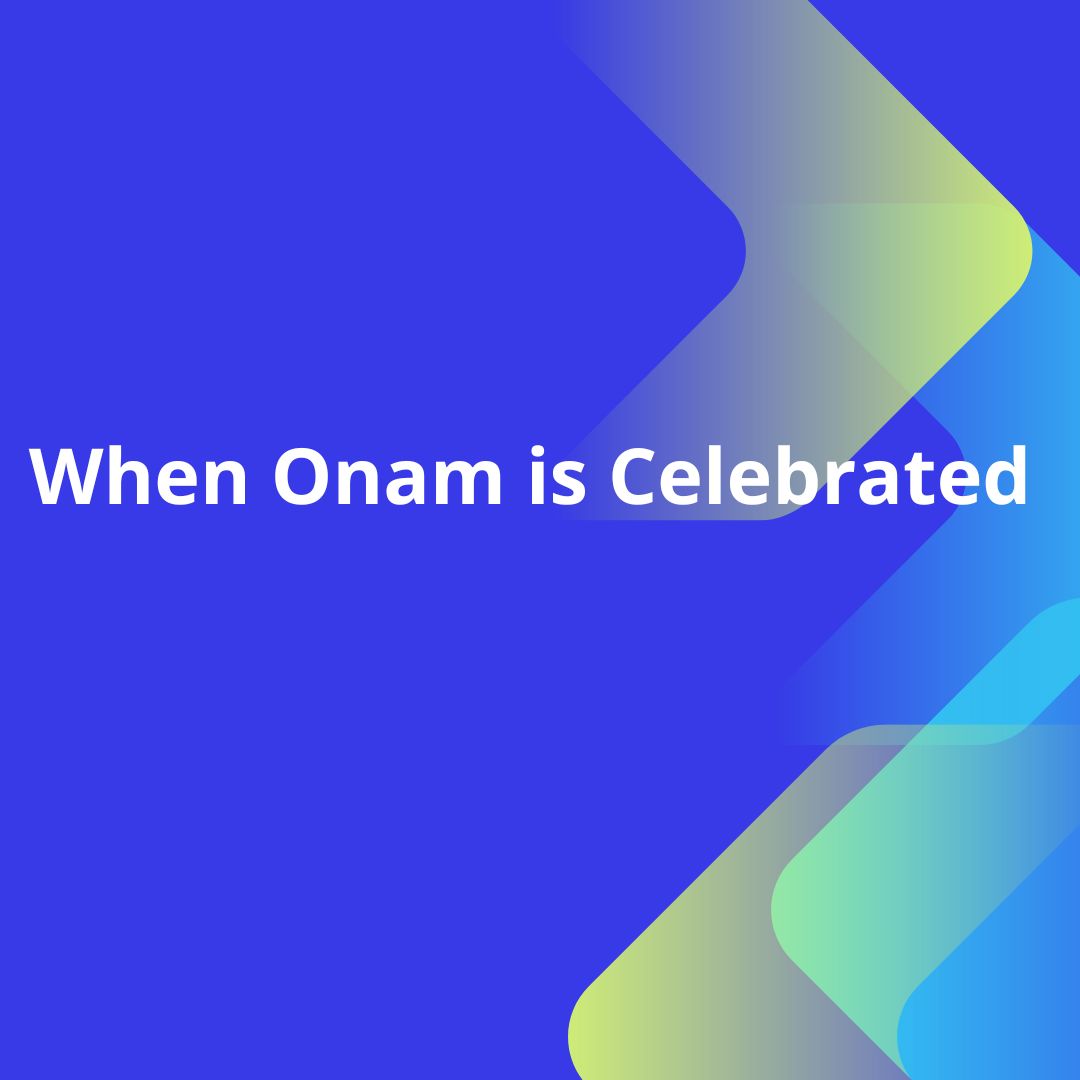 When is Onam celebrated?

According to the Malayalam calendar, the month of Chingam, on the day of Thiruvonam nakshatram (Shravana asterism), is when the festival of Onam takes place.

According to the traditional saying “Atham 10 Onam,” the ten days of Onam celebrations begin on the first day of Onam, Atham (Hasta) nakshatram, and culminate on the most significant day of Onam, Thiruvonam (Shravana) nakshatram.

Onam occurs in late August or early September on the Gregorian calendar.

Why Onam is celebrated

So, why do we celebrated onam? Onam is a rice harvesting festival which is celebrated in the southernmost state of Kerala.

Onam, which symbolises homecoming of demon king Mahabali, is one of the most famous and biggest festival of Kerala and is celebrated all across the state.

The date of Onam in 2022. Learn about the harvest festival’s history, meaning, and festivities.

Keralans are gearing up to celebrate Onam (2022), also known as Thiru-Onam or Thiruvonam, the state’s most important holiday.

The fabled King Mahabali or Mahaveli is celebrated at the Onam festival, which is also a harvest celebration.

Chingam, which falls between August and September on the Malayali calendar, is when the celebration takes place.

Kolla Varsham, the first day of the year in the Malayalam calendar, also falls on this day. Each of the 10 days of this festival is significant in its own way.

The names of the days of the week go as follows: Atham, Chithira, Chodi, Vishakam, Anizham, Thriketta, Moolam, Pooradam, Uthradom, and Thiruvonam. As the final day, Thiruvonam is also the name for it.

The last day of the festival, known as Thiruvonam, is frequently considered the most significant.

Festival of the harvest, known as Onam, is celebrated in Kerala. This event is extremely significant in Kerala because it heralds the return of the demon king Mahabali/Maveli, who previously controlled the region.

Legend has it that good-hearted King Mahabali vanquished the gods and consolidated his rule over the three realms. Although he was a wise and kind king, the Gods began to feel threatened by his rising star.

For assistance, they appealed to the Hindu god Vishnu. This is why Lord Vishnu assumed the form of the Brahmin dwarf Vamana in his fifth avatar.

Vamana then went to see King Mahabali. Vamana, the Brahmin, was asked by the kind King what he wanted, and he replied, “Three pieces of land.”

The King granted his request, and Vamana grew in stature, eventually covering the sky and the underworld with his first and second steps, respectively.

When the fifth incarnation of Vishnu was ready to take his third step, King Mahabali sacrificed his own head to appease the god. After hearing of King Mahabali’s devotion, Lord Vishnu gave him an annual Onam visit to his realm and people.

What is Onam How is it celebrated?

Onam is celebrated for 10 days, starting on the atham asterism in the native calendar month of Chingam (August/September). Festival.

What is the meaning of Onam?

For Hindus, the harvest festival of Onam lasts for ten days, and each day is marked by a different ritual leading up to a massive feast on the final day.

While Hindus all around the globe now observe Onam, the festival’s roots may be traced back to the Malayali people of India’s southernmost state of Kerala.

The festival of Onam is observed all throughout the state of Kerala with a great deal of zeal and enthusiasm. People celebrate the holiday, which lasts for ten days, in a variety of ways.

Some of these methods include the consumption of Onam Sadhya, a big feast served on banana leaves, and the creation of Pookalam, a floral pattern constructed outdoors.

There are over 26 different meals presented, each of which was prepared with the assistance of various members of the family and was eaten with one’s bare hands.

In addition, the females of the family customarily wear a white saree with gold embroidery called a Kasavu. The boat race known as Vallamkali, the tableau known as Pulikali, which has actors dressed as tigers and hunters, and the sport of archery are some very well-liked activities that take place during Onam.

What is the story of Mahabali?

It is said that the Vamana Avatar of Vishnu sent him into the netherworld, also known as patala, which is located very deep below the surface of the earth.

The term Mahabali is given to one of the seven Chiranjivi, or Immortals, in Hinduism. Many people believe that he will one day become King of Swarga in a future yuga (Heaven).